Sold on the Soil

Virginia stretches from the ocean to the Allegheny Mountains and includes the Blue Ridge Mountains. With land as high as 5,729 feet, and down to sea level, the state has a little bit of all different types of soil and composites throughout it.

Yes, there are Orders for Soil 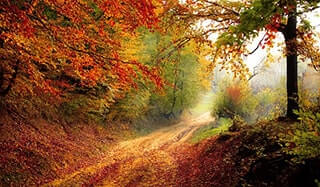 You might remember back to high school and learning about the order, genus, and species of animals and bugs, but did you know that soil has orders too? The orders are based on a couple of variables, the region they are from, the climate they are found in, and the types of plants that grow in them. Most soils in the United States fall into six of twelve total types. Virginia consists of mainly Mollisols, Alfisols, and Inceptisols.

The state’s official soil type is called Pamunkey Soil. It is said that it’s some of the best soil in the country, and works best for crops like cotton, grains, vegetables, and tobacco. The James River brings the soil to the central and western areas and while it is acidic in areas close to the rivers, the soil of the western mountains mix to provide a type that is good for farming. Usually, the soil resides in areas that are well drained and sloping to provide the best nutrients for the aforementioned crops.

Have you ever thought about why soil matters or highly dense soil won’t grow plants as well? It’s pretty simple, the denser the soil, the less room roots have to form and spread. This creates a stronger root structure which yields a healthier plant and ultimately a better product. Virginia has much dense and sandy soil in the east, but as you go west, the soil turns more clay-like and has a lesser density. About seventy percent of Virginia’s soil is good enough for decent root foundation with the rest being a little too dense.

Chemistry makes the world turn and the soil rich. Acidity in the soil, however, is not what you want. As the acidity in your soil increases, vital nutrients are taken away from and the ever-present aluminum comes in. You would think that higher numbers on the pH scale make for higher acidity, but that that is, pH levels under 5 are considered acidic of which half of Virginia’s soil constitutes. These are usually on the eastern and eastern central part of the state, but the James River in addition to others brings the baser soil for better growth of land pursuits. 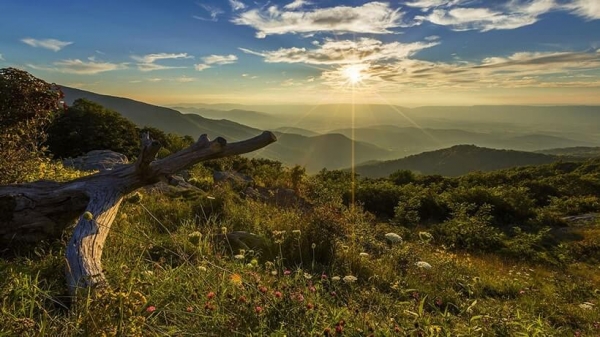 Sunrise over the Appalachian Mountains

Virginia is vast and the land varies from region to region with the Piedmont region being most popular for agricultural pursuits. The northwest has shown to have some of the best soil with the central region being hit or miss, but many grow grain for their dairy farming endeavors. The mountains and erosion and rocky terrain don’t lend to the best of soil, but some growth could be possible depending on the slope. The rivers are of course where you want to be for the best soil which is mostly in the northwest. Virginia is a great state for growing, and with some knowledge of the soil, you can’t go wrong!

10 Things to do in Winter on Your Virginia Farm

Although work never really ends when you live on a Virginia Farm, the winter months [...]

Farmers across Virginia are adopting companion planting for many reasons: to [...]

Owning a Pick Your Own Farm

Sold on the Soil

Virginia stretches from the ocean to the Allegheny Mountains and includes [...]

Season of the Apple Orchard

As fall gives way to early winter, those associated with apple [...]